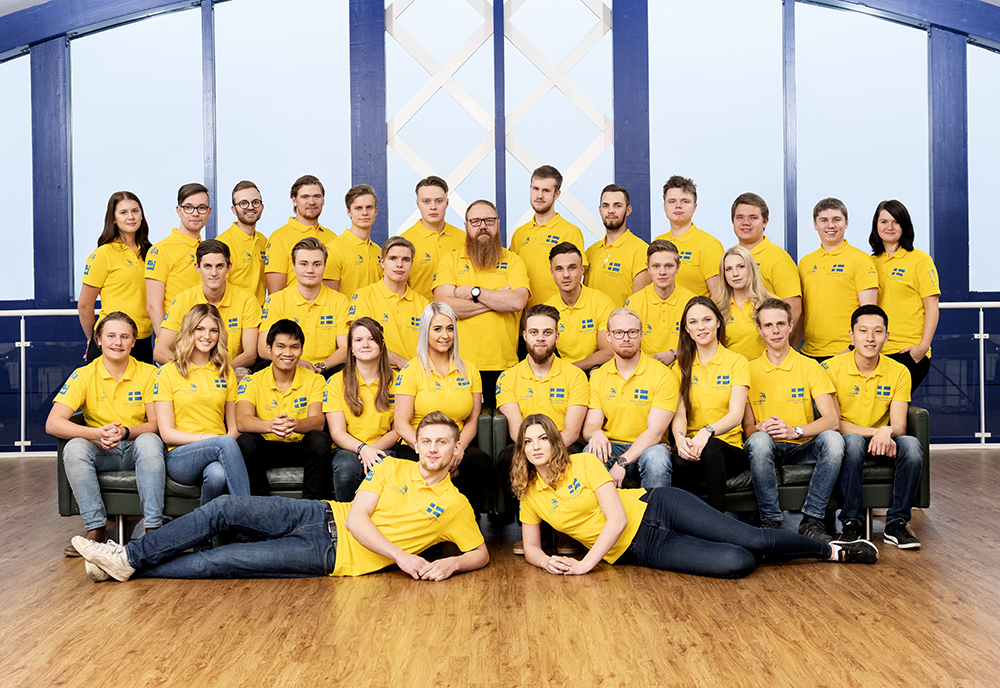 The Swedish National Skills team is unique. Despite being from widely different professions, its members are all experts in their field. They are fantastic role models and important ambassadors for Swedish vocational education and training. Their participation in skills competitions helps other young people discover the advantages of vocational education and training and the career opportunities it can lead to.

Competing against the crème de la crème of Europe and the world
During Euro- and WorldSkills, the Swedish National Skills team competes against other national teams in a range of different fields. The team’s members work incredibly hard to prepare for the championship and have their country win first place.

The most recent competition the team participated in was WorldSkills in Kazan, where the team’s 28 members competed in 25 different fields. After four intensive days, the global competition resulted in one silver and three bronze medals for the Swedish National Skills team, plus six so-called Medallions for Excellence. Sweden has won plenty of skills medals in the past – click to view all former Swedish winners.